I found this video on Pinterest while I had my first cup of tea in the morning and it reminded me of some of the stories which came from my wife’s family, the D’Annunzio’s, as we started going out together and commenced growing up.

The family were descended from first generation Italians; and were street musicians who came over to Liverpool from Atina in Italy to live and work in the city. They too had the large families which feature in the film, and their Liverpool descendents had adopted the practice of gathering on a Sunday to visit Mum – her children and grandchildren gathering together for a visit before dinner, even though she herself was more Irish than Italian. But this didn’t matter… for the visit itself was the important thing.

It is also true that families now lead more separate lives in this busy world we all exist in. Most of us have lost the art of using Sunday as a day of relaxation – we can’t afford to, there are so many jobs we need to do, so many shops we have to visit before work-work starts all over again on Monday morning. Our friends and family also have their own stuff to do – they don’t want us turning up out of the blue and taking up their precious time. Better to do whatever shopping we need to do in the morning and then go to the carvery in the afternoon… no cooking or dishes to clean up then!

This is why this film is so important. It brought back memories to me, even though I only married into that Italian way of life which is now only a memory. The film is a window through to our recent past, a world which is changing by the minute and not necessarily for the better either. Occasionally its good to stop what you are doing for a moment and just remember the world as it was.

And if she isn’t here any more, take a moment to remember Mum. As long as someone remembers them, they’ll always be here.

One thought on “FAMILY HISTORY – GROWING UP ITALIAN” 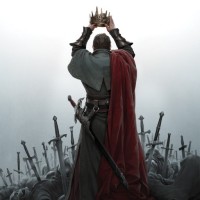